I’ve got a sanitized version of my Elizabeth Wurtzel hate fest at HuffPo here. In case you missed it the first time around, it’s a re-tread of yesterday’s piece minus the F*ck yous.

And this is my TIME.com column today, an expanded version of my similar blog post from a few days ago on the bus monitor lady, Karen Klein. Oh wait – hold on! – Is this “self-plagiarism”? I would link to that snide reference but then I would be dignifying the people who accused one of my favorite journalists of wrongdoing. This is what we public health people like to call a Type One/Type Two problem. Go ahead and give pulitzer prizes to hacks who wholesale invent lies but then nail somebody who’s copying a few paragraphs of his own prose!

Feeling really feisty and focused today. Thank you for the pharmacologic effect, Elizabeth Wurtzel. My prediction is that there will be a tiny little bit of buyers’ remorse for all those generous donors supporting Ms. Klein’s retirement. Just saying. Not that she wasn’t a victim but maybe we all over-reacted just a wee bit? Here goes, from TIME.com: 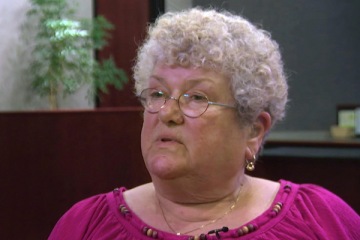 The nation’s hearts and wallets opened last week for Karen Klein, the bus monitor in upstate New York who was mercilessly taunted by a pack of feral-minded middle schoolers. But the gold rush of online donations (more than $600,000 and a free trip to Disneyland for 10 people) leaves a slag heap of questions. When we grow tired of the bus video heard ’round the world, we might start by asking, What is a bus monitor’s role exactly?

It’s not victim blaming to acknowledge that Klein was both horribly abused and also hired to prevent the kind of torment she endured. It’s therefore puzzling that neither she nor the bus driver — the adults on the bus — took any measures to prevent, stop or report the atrocious behavior. Did she ever receive any training in how to manage unruly or abusive kids? Why didn’t the bus driver chime in, or stop the bus immediately, and tell the kids to straighten up? The episode wouldn’t even have come to the attention of school administrators or parents if a student hadn’t filmed and posted it. This isn’t a chain of authority that inspires confidence…
Read more: http://ideas.time.com/2012/06/26/the-school-bus-bullies-are-adults-to-blame-too/#ixzz1yuSDXJXE

Yale Lecturer in early childhood education/Licensed teacher/Former preschool director/author. In possession of: unmarketable bachelor’s degree (Harvard, anthropology), semi-marketable graduate degrees (public health, education…). Rewarding career at the intersection of family, society, and schools (including long stint in parenting vortex). Forging a new path to connect all of the above.
View all posts by ErikaChristakis →
This entry was posted in Children/Teens/Young Adults, Erika @ TIME.com, Public Policy, Women-related. Bookmark the permalink.