I spent one of the most formative years of my life as a mental health worker at the Massachusetts Mental Health Center (“Mass Mental,” as it was affectionately called). I had recently returned from a sojurn in Bangladesh and hadn’t quite slaked my thirst for human misery, and I was still toying at the time with being a clinical psychologist. Of all my professional experiences, that year at Mass Mental had the biggest impact on my development as a person.

So I was thrilled to see a spate of recent articles in the Atlantic and elsewhere about an extraordinary art installation by Anna Schuleit commemorating the closing of that fabled hospital with 28,000 potted flowers – a memorial to the untold patients who passed through Mass Mental’s doors over nearly a century, never receiving any flowers of their own. I hadn’t really thought of it before but it’s true: people don’t bring flowers to psychiatric patients. Someone could slash a wrist with a broken vase and in any case there’s a kind of grim stoicism associated with psychiatric admissions. You’re lucky to get a toothbrush and a bathroom pass; you can forget the tulips and chocolates.

Anyway, Mass Mental (which we sometimes called “Massively Mental” after a particularly trying shift) didn’t treat the kind of patients who had visitors. It was a state mental hospital that cared for indigent and usually schizophrenic and chronically homeless patients. Interestingly, it was also a famous Harvard teaching hospital that trained generations of renowned psychiatrists – a rare partnership, to say the least, and one that created a kind of war zone solidarity and zany affection among the staff and patients. To this day, I occasionally meet someone with a connection to Mass Mental. It’s like a secret handshake. People smile knowingly. (We had mostly disdain for the snobs over at Mclean, the ‘other,’ more storied Harvard psych hospital. They got James Taylor and Sylvia Plath, John Nash and Girl, Interrupted. We got the street people who hadn’t bathed in a year.)

I joined the Mass Mental staff in 1987, working in a Day Hospital unit with patients sufficiently stable to return in the evenings to their crummy section 8 apartments and halfway houses. Some of the patients stayed in the Fenwood “Inn,” a kind of homeless shelter within the hospital. I picked up overtime shifts on the Intensive Care Unit where the patients were acutely sick. Oftentimes the police brought them in, screaming or having injured themselves. We’d get them under control with meds, do suicide checks every 15 minutes, move them downstairs to the day unit after a few days or a few weeks.

Sometimes the ICU staff would get needlessly aggressive and somebody would end up in restraints. I hated this display of machismo and am convinced it was rarely, if ever, indicated. I began adjusting my schedule to avoid the staff who were known to “escalate.” Most were great but there were rotten apples too. All-female shifts were preferable, quite frankly, because we rarely had incidents. I think we just knew we didn’t have the physical strength to let things go down a certain way.

One night I went to check on one of my favorite patients from the day unit, an old lady named Ida who wore a blue rinse in her hair and carried a Grace Kelly purse. Ida lived mostly successfully in her own apartment and had a grandmotherly air. Her troubles usually began thus: she’d forget her meds a couple days in a row which would then cause her to get a little paranoid at which point she’d stop taking the meds entirely, resulting in florid psychosis. The cops brought her in after her landlord found her barricaded behind her door. It was a frustratingly common pattern – made worse by a lack of social support – and one we didn’t really have an answer for. So Ida found herself back up in the ICU when I went to check in on her. Her impeccable coiffure was a wild nest and she looked at my face unknowingly, recoiling as she gestured at me in a clockwise pattern with an accusatory finger: “Go away! Get away from me!,” she shouted. “One, two, three, four, five, SIX sections of your face and they’re all murderous!” I quickly backed away from the door, assuming – as I suppose anyone would – that Ida was totally ‘out of her mind’ and not sentient in any meaningful way. I figured she would come back to life in a few weeks (I hoped) and would have no memory of this almost laughably crazy exchange.

But four weeks later, Ida approached me sheepishly. “Erika, I really owe you an apology,” she said. “I know it’s crazy but I thought you were a monster with six faces. It’s so ridiculous but I was just totally out of my mind and I’m sorry.” We laughed together but I felt sorrow, too, at the realization that people with psychosis experience embarrassment and regret on top of all the other horrible sensations.

This sort of thing happened with surprising regularity. A classic question at intake is “What brings you here today?” and I remember one guy in a blond wig and biker jacket blurting out, “L’eggs Sheer Energy Pantyhose” in the throes of his psychosis. We laughed for days at this weirdo until I looked in his chart and, sure enough, he had been apprehended by the police yelling incoherently while stealing a pack of women’s L’eggs Sheer Energy Panty hose from the drug store. His intake response was entirely reasonable! One day we took all our patients on a field trip to one of the Boston Harbor islands. We warned some of the patients to keep their “voices” (by which I mean their inner voices) under control. (‘It makes strangers uneasy if you talk to people they can’t see,’ we explained.) With a few gentle reminders, most could keep it together. 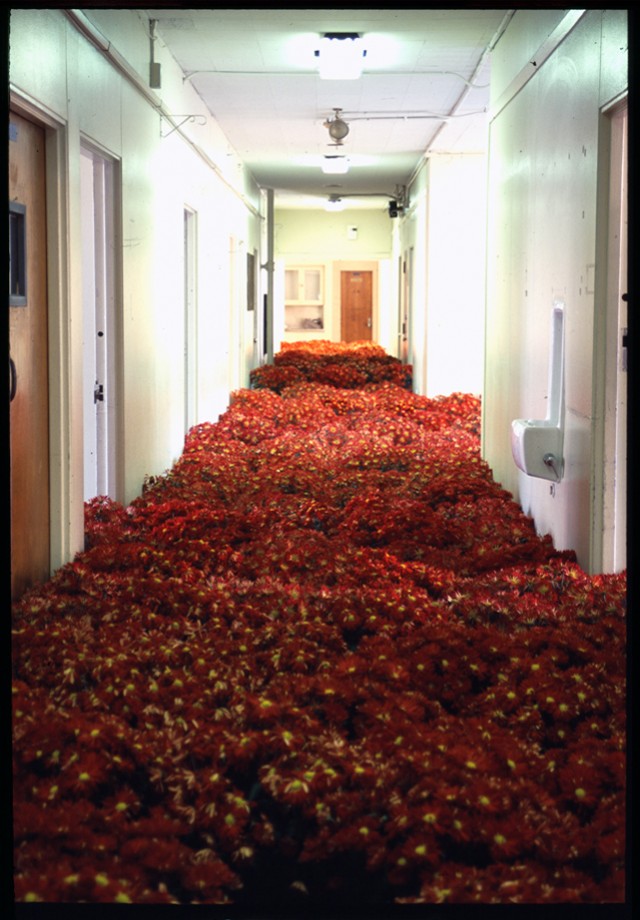 I learned more from these blessed, benighted souls than I’ve learned from anyone in my life. I still remember their names and what they looked like, which is saying something given the state of my memory. I still remember a man, reputed to be a Harvard grad, with in addition to mental illness a complicated diagnosis of stroke that had rendered him nearly speechless. He would shake his head sorrowfully and repeat the same thing over and over to me every day: “It’s hard.”  Yes, I know it’s really hard, I’d tell him. I understand.

We had a man with incapacitating OCD who took four hours to leave his bedroom each day. He used hundreds of rolls of toilet paper and had an infuriating habit of stopping up all the toilets on a routine basis. He couldn’t wash his hair or cut his fingernails and his stench was overpowering. But he was also a dapper, witty, erudite and deeply lovable guy. I looked forward every single day to my chats with him. He kvetched constantly but also occasionally cried – with shame. He was one of the few patients who had a relatively normal, high-functioning family, so he knew what he was missing and that really hurt to observe.

There was a catatonic young black man: tall and strikingly handsome but unreachably crazy, with weird, icky detritus in his hair and beard (that no one was allowed to go near) and a self-mutilated eye. He had been a scholar-athlete at one of the elite New England colleges – I want to say Amherst or Williams  – when he had his first psychotic break. This guy broke my heart. More than any of the other patients. I had dreams about him and I still do think of him more than 25 years later. The head nurse accused me of “losing perspective” because I just couldn’t let him go; I was convinced we weren’t doing enough. I tried everything to reach this man and sometimes I’d see a glimmer. We’d even have the occasional ultra-bizarre exchange, but mainly he’d just stand in an impossibly rigid posture for hours at a time. He was a “frequent flier” in the ICU, as the doctors like to say, and asleep he looked so perfectly normal when I’d look through the window on my suicide prevention rounds.

We all worked as a team: the nurses, med students, residents, attending psychiatrists, the psychologists, the mental health workers. There was very little hierarchy. The doctors were wonderful. The mental health workers were a peculiar bunch: some were recent college grads headed to med school or clinical psychology programs; others were “lifers” in the state system with limited skills or empathy. Somehow we all muddled along together with a shared purpose and gallows humor.

I was promoted to “head counselor” (a largely fictitious title) but moved on after a year. I took a better paying job with the Department of Public Health, as a case manager for  formerly homeless drug addicts entering rehab. (A big upgrade, believe me!) And eventually I went to graduate school, I found more or less regular jobs, I became a mother, a teacher, etc.. The rest, as they say, his history.

But this is no exaggeration: Mass Mental taught me the meaning of human dignity and the miracle of human connection. 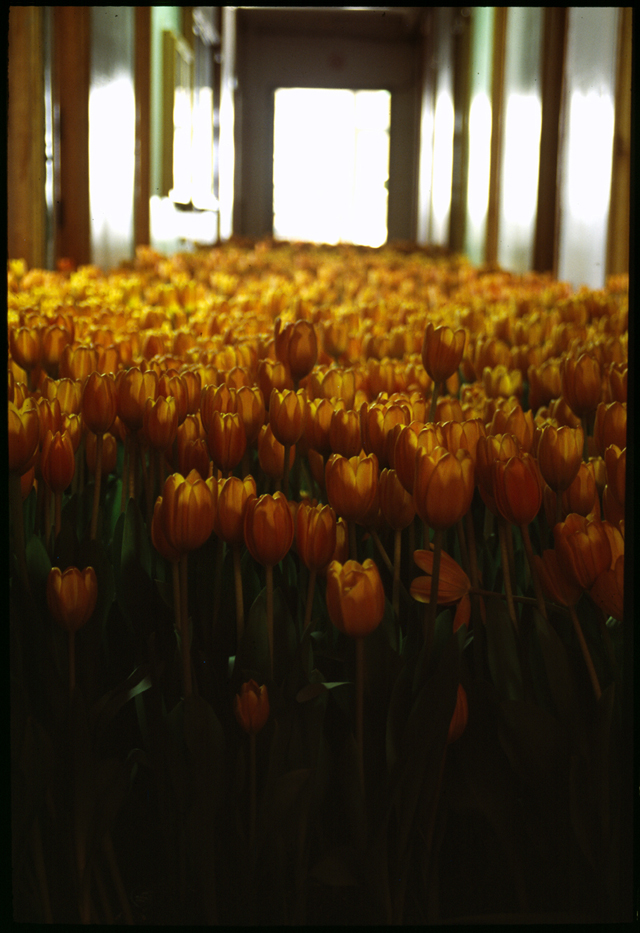 2 Responses to Flowers for Ida