This is my TIME.com column today, Adults Read Too Much Into “Sesame Street,” about the bizarre adult conflation of Elmo/Kevin Clash and what it says about how we see children:

Many adults who have been tracking the story about Elmo-creator Kevin Clash’s departure from Sesame Street might be surprised to learn that they’re part of the show’s target audience. As the Sesame Workshop explained last year, in response to parental outcry over an apparently risqué Katy Perry segment recorded with Elmo (but not aired), “Sesame Street has always been written on two levels…We use parodies and celebrity segments to interest adults in the show because we know that a child learns best when co-viewing with a parent or caregiver.”

It’s hard to argue against parent-child bonding, even in TV-watching. And it’s understandable that parents feel protective of the show and want to track every real or imagined controversy. The nostalgia factor is high, for one thing, with more than 77 million American adults having watched the series as children. Sesame Street’s unique content – a blend of pre-academic skills, social advocacy, and multicultural harmony – also reinforces parents’ sense that they are raising good kids and doing their best for them. 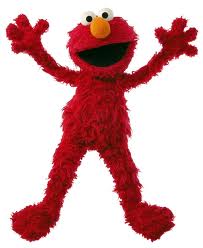 But parental concern about the puppeteer’s sex life obscures a different set of issues. First, it’s problematic when adults over-identify with children’s entertainment. When the launch of a new character is a major news event (as when ABC News selected Abby Cadabby as Person of the Week) and puppet characters have their own publicity machines, it’s easy to forget about the real target audience: preschoolers, most of whom are watching the show not on two levels, as the Workshop suggests, but on one level, and often alone…
Continued at: http://ideas.time.com/2012/11/27/viewpoint-adults-read-too-much-into-sesame-street/#ixzz2DQjvwZrM