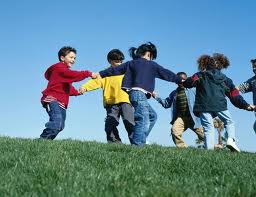 Are there any new words for the grief and fear we feel for those Connecticut school children and their families? I’m rarely at a loss for words, but I have nothing to offer those desperate parents whose lives have been permanently altered, mutilated, shattered. Ancient, biblical words come to mind: abomination.

Sometimes I lapse into magical thinking and my intrusive, unbounded thoughts are like spreading weeds. Right now I feel such an overpowering desire to stop the clock, go back in time to this morning, and gather up all those children in my motherly, teacherly arms and start the day again. Can we imagine a different clear winter morning in a different New England town? Take them on a field trip, have a basement pipe burst at the exact right moment. Just get them out of there. The whole damned school. It’s too beautiful a day to remain indoors. Too beautiful a day to be murdered in cold blood.

I don’t know anything about the dead shooter but CNN’s reporting that he was 20 years-old. Somebody’s child, of course. I’d want to stop the clock for him too: Go back in time, much farther back, and gather him up. Get him help. Set him straight. Call the ‘authorities’ before it’s too late.

I replay what-ifs in my mind over and over again, like a nervous tic. What if the shooter had a brain aneurysm on his way to the school and could just drop dead instead? I would trade an epic tragedy for a differently scaled one, wouldn’t you? What if we lived in a world where all kids got the parenting and resources they deserved? And since we’re dreaming, what if  our polarized nation could put aside its fucking firearm fissures for a moment and work collectively to figure out why on earth people commit mass homicide. What are the risk factors? The triggers? It goes so far beyond the question of how much this murder was or was not enabled by that law. (Though I do indeed believe that “this” murder could be enabled by “that” law.) We have to uproot the problem of mass murder and treat it like the scourge that it is. A pestilence. A deadly sickness that is killing innocent victims, with many known and many still-unknown risk factors.

Here’s my TIME.com mass homicide piece from the summer and associated commentary. I got tons of hate mail about it but I remain resolute:  Mass murder (murder of more than one person at a time) is overwhelmingly (though not exclusively) a male phenomenon. Depressed young men are much more likely than depressed young women to channel their mental distress into violence, directed at themselves or at others. Why is this so? What the hell are we going to do about it?

7 Responses to Suffer the Children